A national ballot on the paltry 1% pay offer to local government staff started on 23rd May.
In the indicative ballot, called in response to the paltry 1% offer from the employers, Brighton and Hove voted 5 to 1 to reject and take action.
Branch secretary Alex Knutsen commented: “Suffice to say, and I am writing this on the day that the Sunday Times publishes its “Rich List” and the Telegraph reports a doubling of income for the very rich over the past 5 years (whatever happened to the recession, austerity and “all in it together?”) This is the time for us to say “enough and no more” – we will fight!”
It is also worth noting that UNISON’s 400,000 Health Service members are also to be balloted over pay, on the same timescale as ourselves in local government.
Alex added: “In the pensions dispute in 2011 our march in Brighton & Hove was 10,000 strong – this summer let’s double that to 20,000. And more importantly, this time we do not let our
leadership compromise – we want what is fair, not a few crumbs from the table.” 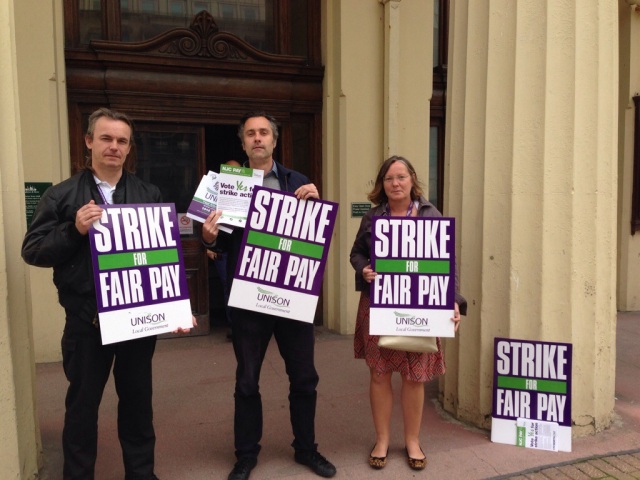